Epicure took top honors at the 2011 Hunter Valley Chocolate Festival as pastry chef Deniz Karaca entered the Callebaut Chocolate Gateaux Competition with 35 other entrants. The contest had a simple criteria; to create a chocolate gateaux with a chocolate garnish that was to
be judged on flavour, overall eye appeal, texture, chocolate flavour and artistic finish. With a total score of 390 points from a possible total of 400, Deniz was recognised as the outstanding chef on the day. 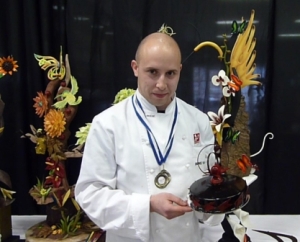 Deniz will shortly be taking this imagination to Europe as he enjoys his prize a trip to a prestigious chocolate school in Belgium.

The contest, which is being run nationally, was based around presentation of a high tea menu that is harmonious in taste and which complements the tea alongside which it is served. Each team utilised a selection of Dilmah teas to produce original recipes and pairings assessed for originality, creativity, taste, respect and understanding of the specific tea, harmony of flavour, presentation and style.

“This win comes after weeks of preparation across several departments and is a tribute to what our team can achieve,” says Robert Clifford, Victorian State Manager for Epicure.The team will now move through to national judging and hope to be selected to represent Epicure in Sri Lanka if they secure a top three place. 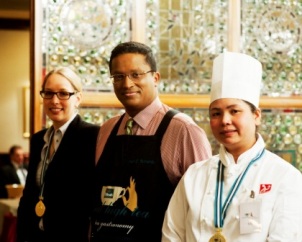 Epicure’s Blair Humphrey and Adriano Biondi have won first prize in this highly competitive award. Their effort at producing a menu of the highest standard while following the Epicure food philosophy was recognised by their peers and all who attended the awards function held in the Committee Room at the MCG this week.

Blair and Adriano will progress to the national finals with the awards being presented in October. 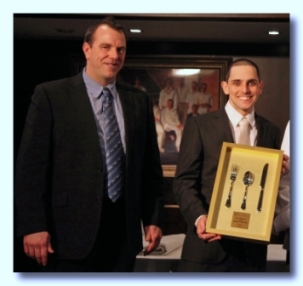 “Everyone at Epicure takes great pride in the achievements of Blair and Adriano as well as the other winners from the culinary challenges,” adds Clifford. “Under the guidance of executive chef Peter Haycroft, the results demonstrate the high standards and innovations that are consistently created in our culinary centre.”