Advertisement
Last night, Sydney's event industry celebrated the relaunch of the tradeshow RSVP as Sydney's Event Showcase 2011 with glitz and glamour at the Sydney Convention and Exhibition Centre.

Last night, (March 2)  Sydney’s event industry celebrated the relaunch of the tradeshow RSVP as Sydney’s Event Showcase 2011 with glitz and glamour at the Sydney Convention and Exhibition Centre.

The owners of Sydney’s Event Showcase, Exhibitions and Trade Fairs (ETF), revamped the leading tradeshow for event professionals, following extensive market research with exhibitors and visitors to the show.

In a theatrical reveal, the new look was presented to 350 VIP guests who were left humming The Jackson 5’s tunes after a performance of the brand new act ‘Boys in the Band’, sponsored by SMA Entertainment by Design.

The MC for the night Leona Watson, managing director of Cheeky Food Group, called for support from the industry for the show.

“If you want to be in it you have to be there – the show provides the once-a-year opportunity get the industry together and connect. After all, you buy from the people you like.

“I believe in the effect of the show on my business, so much that I doubled the size of my stand this year!” Watson added. 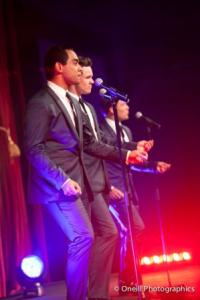 
After a tough couple of years, there is believed to be a pick-up in the in the corporate world of events. Jodie Richmond, CEO of ETF, confirms the positive sentiment in the event industry.

“More than ever, businesses see the need to connect face-to-face for productive relationships. This year, budgets will allow many more event managers to express more creativity and we provide the platform to experience and get involved first-hand to see products and services in a way that is just not possible any other time of the year,” said Richmond.

“The new brand has a stylish look and represents the professionalism of the industry moving away from balloons and party pops. We believe this evolution sparks a movement towards a more sophisticated events landscape,” Richmond added. 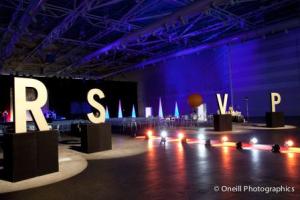 
“Within the new concept, we have exerted our efforts to ensure that real business is conducted at the show and valuable relationships are built to enhance the future of the events industry within Australia,” said the show’s event manager Delwin Kriel.

Exhibitor and supporter of the Showcase, Staging Rentals & Construction Services director Meri Took welcomed the opportunity to join the industry evolution. “We were all waiting for this to happen. As a voice for the industry, the show is expected to be a pioneer; and they have just proven that they are!” said Took.

Sydney’s Event Showcase: RSVP 2011 is the platform for organisers of special events, business events, product launches and other corporate events. It will take place on 10-11 August 2011 at the Sydney Convention and Exhibition Centre.