Advertisement
South African Tourism has officially launched the 'Kick off your adventure in South Africa' campaign, a communications platform that has been developed solely for the Australasian market in 2009 and 2010.

South African Tourism has officially launched the ‘Kick off your adventure in South Africa’ campaign, a communications platform that has been developed solely for the Australasian market in 2009 and 2010.

Presented at Simmer on the Bay in Sydney last week (17 Aug), the campaign celebrates the upcoming FIFA 2010 World Cup, as well as promoting the uniquely adventurous experiences on offer within South Africa. 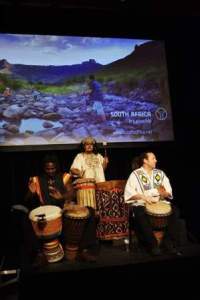 The night saw performances by ‘Drum Café’ and freestyle football players, guests were also treated to an interactive soccer match. 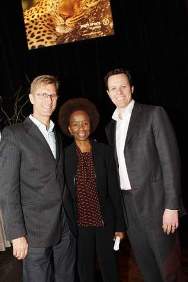 “Locally, our focus is not just on the World Cup, but also on Australian’s and New Zealander’s passion for adventure, and their ever increasing desire to not just go on a holiday, but to experience something unique and unforgettable,” said Masisi.

Australasian market activations include consumer and trade promotions run in print, online and broadcast media aimed at extending Australian traveller’s knowledge of the country and what it has to offer. A print and online media campaign will also feature, along with in-cinema activations throughout the summer months.

The re-launch of the trade FUNDI (South African Expert) program, which educates travel agents on the adventures available to travelers in South Africa, is also a major aspect of the campaign.

Globally, a new 60 second commercial has been developed which takes its inspiration from South Africa’s unique Diski-style dance, highlighting the passion and enthusiasm of the country’s people. 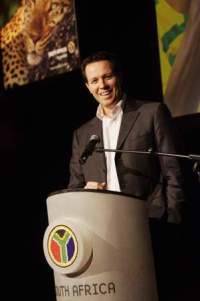 A revamped South Africa website and the introduction of a FIFA 2010 World Cup website, which includes a trip planner and information on each of the nine host cities, also makes it easier for travellers to plan their own South African adventure.

“We will also further promote My SA Experience  which is supported by our celebrity ambassador program and everyday Australians. We will continue to ask for real accounts from people who have visited the country so that travelers that are considering visiting South Africa, will have real-life accounts of what it is like to travel to the country,” concluded Masisi.

Travellers can find out more about South Africa by clicking here.

For more information on the FIFA 2010 World Cup click here.