SOYA is the leading grants program for emerging creative talent and Qantas provides young Australians with financial and professional support to help them achieve their artistic goals. 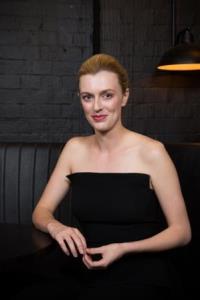 Qantas Group Executive for Brand, Marketing and Corporate Affairs, Olivia Wirth, said Qantas has supported the SOYA awards since their inception in 2004.

“As Australia’s national carrier, we’ve been helping showcase Australian talent on the world stage for many decades, through business, food and wine, fashion, film and many varied industries,” said Wirth.

“Qantas recognises the high level of skill and creativity that Australia has to offer and we are privileged to foster and promote such creative potential, particularly among young Australians.” 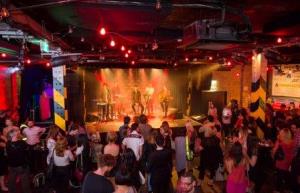 Birds of Tokyo perform at the SOYA365 Awards

SOYA365 winners receive $5000 worth of air travel and a further $5,000 in cash aimed to help them expand their horizons and develop their contacts nationally and internationally.

Winners also receive a 12 month mentorship with a professional leader in their chosen field. Mentors offer strategic advice on the next steps forward on the road to success.

The evening, held at Oxford Arts Factory and hosted by Adam Spencer, will showcase the work of each winner and will include special performances by ARIA award winners Birds of Tokyo, SOYA Music category runner-up Brendan McLean and DJs Stereogamous.