Film alumni, fresh up-and-coming stars and TV, film and industry media and personalities were there to mark the occasion and count down to the anticipated start of the Flickerfest International Short Film Festival on the 6th January 2012. 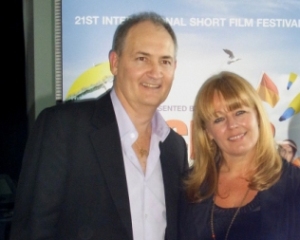 Guests at the launch of Flickerfest at Bondi’s Icebergs

The short film Julian, which will have its world premiere during the festival  was screened to the  crowd with the child actors in the film, Ed Oxenbould and Morgana Davies both in attendance.

The top 100 flicks have been carefully handpicked through a record number of over 2200 entries, to represent the most innovative, creative and cutting edge short films being produced in the world today.

This impressive and unprecedented number of contenders from all round the world confirms Flickerfest’s reputation as Australia’s largest and most respected short film competition and its profile as Australia’s only Academy® Accredited and BAFTA recognised short film festival.

The competition categories for 2012 include International and Australian short films and short documentaries, GreenFlicks, a program of eco-friendly themed films as well as the ever-popular FlickerUp, a competition open to primary and high school student filmmakers across Australia. 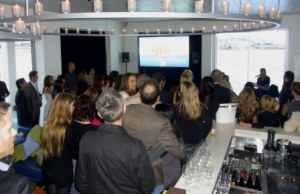 Special showcases screening out of competition include FlickerKids specially curated for a younger audience, GreenFlicks, a program of eco-friendly themed films, Comedy and Horror Shorts, a fun and whacky Animation program and a celebrityfilled Oscars program.

Over it’s past twenty one years, Flickerfest has provided a platform for an impressive number of short films created by talented Australian filmmakers before they have attained international success with their feature film debuts.

Flickerfest launches on Friday 6th of January at Sydney’s iconic Bondi Beach Pavilion and wraps up ten days later on Sunday 15th January before hitting the road on a national tour covering over 37 hot spots across the country.


Watch the Flickerfest presented by ING DIRECT – Festival Trailer by clicking on the video below.