Advertisement
Guests gathered at Sydney's Aurora bar and Lounge last Thursday for a sneak peek at the unveiling of a portrait of Puffin Magic's James Gribble that's set to contend for the Archibald Prize, Australia's most noteworthy portraiture prize.

Guests gathered at Sydney’s Aurora Bar and Lounge last Thursday (21 Oct) for a sneak peek at the unveiling of a portrait of Puffin Magic’s James Gribble that’s set to contend for The Archibald Prize, Australia’s most noteworthy portraiture prize. 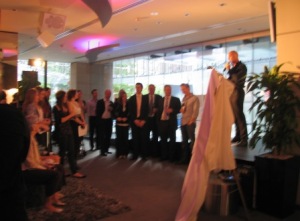 Approximately 75 guests gathered for the unveiling of the James Gribble portrait.

James Gribble, who became a quadriplegic as a result of a fall while travelling around Africa, has inspired many with his positivity upon returning to Australia in 2008 following the tragic accident. The Puffin Magic Foundation was initially established to support James’ rehabilitative processes. 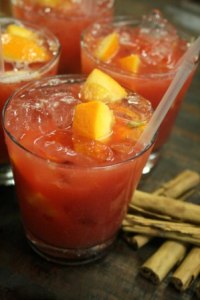 Bayleaf Catering came to the party delivering an abundance of delicious canapés while Dimension 5 provided the audio visual support and installation of a ramped staging platform suitable for wheelchair access allowing Gribble to address the crowd.

Host Michael Neaylon from Sydney-based MCME kept the crowd engaged and the event moving seamlessly as guests queued up to get a closer look at the portrait unveiled titled ‘Desiderata’ inspired by the Max Ehrmann poem. 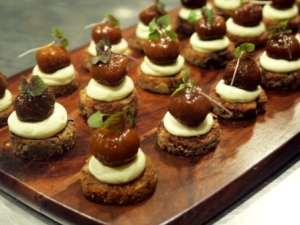 Bayleaf Catering left no guest hungry with their canape menu.

“When I met James, within the first 5 minutes of conversation, I had already pictured his portrait in my mind,” said Murray in her presentation. “It was an instant bout of inspiration that I felt and it was what I was looking for.”

“In James, there is positivity of the highest degree, self-deprecating humour, optimism and genuine happiness, despite the situation he is in. He does not feel bitter or cheated; he doesn’t not even consider these mindsets an option,” she added. 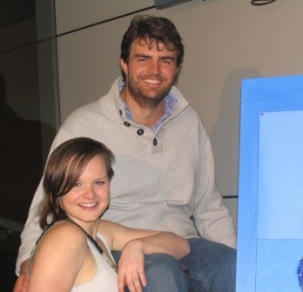 Artist Jessica Murray and portrait subject James Gribble.
(note: Portrait image has not been shown to comply with rules regarding entry into The Archibald Prize)

The Archibald Prize launched in 1921 recognising some of Australia’s most accomplished artists, including the likes of Brett Whiteley.

For more information on holding your next event at Aurora bar, click here.