Not even an unseasonal bout of rain could stop Air New Zealand from bringing over 700 homesick Kiwis a little taste of home over the weekend (April 13-14), taking over Rooftop Movies to bring bits and bobs of New Zealand straight to their doorstep. 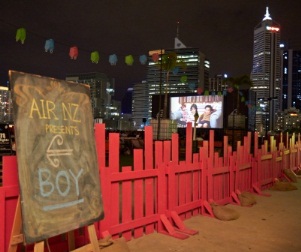 The national airline shared the love by holding ‘A Little Piece of Home’ movie nights in Perth, providing expat attendees and their guests a whole host of Kiwi treats.

The event was curated by Kiwis for Kiwis, with the movie and music on the night chosen by the Air New Zealand Australia Facebook community.

Guests at the event were shouted dinner, a round of drinks and were able to enjoy NZ Sauvignon Blancs, Pinot Noir and NZ- brewed cider and beer.

In true Air New Zealand spirit, the airline went the extra mile and provided a few lucky attendees with their most missed items from home. The special Kiwi surprises, collected by the airline’s flight crew, ranged from confectionery, including Kiwi Toffee Pops, Squiggles and Rashuns, flavoured chips, to even a jar of boiled eggs to emulate the smell of Rotorua! 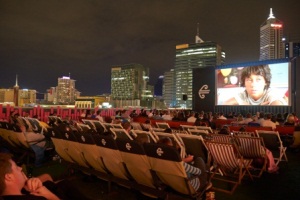 Organised in conjunction with Rooftop Movies in Perth, the event brought a bit of home to expats.

To top off the weekend of surprises, Air New Zealand gave unsuspecting Kiwi expat Ben Young, who was celebrating his birthday, the ultimate gift; a surprise visit from his parents.

“I couldn’t miss anybody more than my mum and dad. Bringing my parents over, it’s the biggest surprise I could ever think of. Words can’t describe, it’s been amazing.”

“We know there are a heap of Kiwi expats living in West Australia who are actively engaged with our brand,” said Kelly Millier, marketing manager, Air New Zealand. “We wanted to bring them ‘a little piece of home’ for a night as well as extending a great sale deal on our non-stop service to NZ to all West Australians keen to head across the ditch later in the year.”

The New Zealand themed movie nights, run in conjunction with Rooftop Movies, sold out in just 24-hours, illustrating the desire for Perth-based Kiwi expats to reconnect with ‘a little piece of home’.

All the Kiwi action and surprises from ‘A Little Piece of Home’ can be seen by clicking below: