Advertisement
Darryl Lovegrove’s contribution to the Australian events industry cannot be underestimated. Beyond his exceptional talents as a singer, he has also been a mentor, advocate and innovator who has driven the industry forward in countless ways. 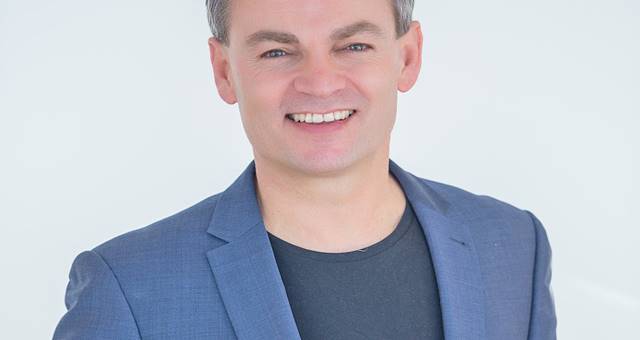 Darryl Lovegrove’s contribution to the Australian events industry cannot be underestimated. Beyond his exceptional talents as a singer, he has also been a mentor, advocate and innovator who has driven the industry forward in countless ways.

The founder of Lovegrove Entertainment and co-creator of the ‘The Three Waiters’ says that the secret to his success – even through the tough times – has been keeping event planners’ desired outcomes front of mind and surrounding himself with the cream of Australian musical theatre, opera and dance.

Lovegrove’s simpatico with the ‘talent’ was forged on stage in the early days of his performance career.

He says, “I was an original Australian cast member of ‘Les Miserables’ and ‘Chess’. In the mid 90s I played Jesus alongside Jon Stevens and Deni Hines in the Australasian tour of Jesus Christ Superstar and toured with Sarah Brightman and Anthony Warlow in the Music of Andrew Lloyd Webber. I was able to build up a huge list of friends, colleagues and choreographers who are simply some of the most talented performers in the country. The opera stable comes from working with many young opera singers during my years with ‘The Three Waiters’.

When asked how he got into emceeing events, Lovegrove says it was a happy accident.

“A few years ago one of the major entertainment agencies rang me up asking me if I could emcee a fundraising event. I’d had such tunnel vision as a producer and a performer that I’d never even thought about hosting an event. I was apprehensive but decided to help out, only to find that I was born to emcee. It’s the perfect way for me to combine my talents and experience in events. I’ve now emceed about 80 events where my ability to host as well as entertain is a huge point of difference,” he said.

While the market’s tastes can be fickle, Lovegrove has managed to hit on a winning formula of delivering showstoppers with finesse.

He says, “‘The Three Waiters’ was directly a result of the ‘Three Tenors’ phenomenon. One of my more popular shows ‘Jersey to Motown’ was put together as a result of the success of the ‘Jersey Boys’ musical.

“We produce shows that hopefully have universal appeal. A good example is ‘The Leading Men’ which sees the stars of Australian Music Theatre coming to an event performing the big show stoppers. The longevity of that show can be put down to an ageless medium [musical theatre] being performed superbly by actual musical theatre stars. That’s always going to work well,” he said.

And the best part of it all?

“The post-show hugs! I’ve been hugged by many hundreds of relieved and grateful event planners and it’s something I never get tired of,” he said.