Advertisement
After a two-year hiatus, this year's festival of light, music and ideas returned bigger and better than ever, with a record number of attendees. 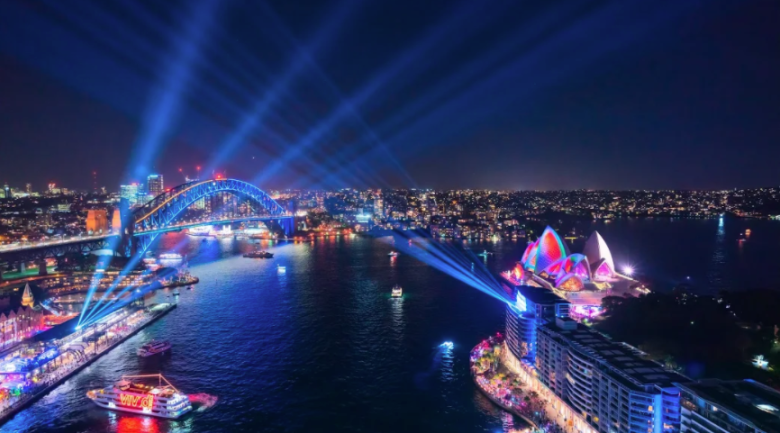 Vivid Sydney 2022 has smashed attendance records, with a whopping 2.58 million people attending the event over its 23-day run, up by 7.5 percent on 2019 when the festival was last held.

According to data conducted by Destination NSW, Vivid Sydney celebrated its largest-ever opening night, with more than 140,000 attendees, during the biggest opening weekend in the event’s history, which saw 440,000 attendees.

Minister for Enterprise, Investment and Trade, Minister for Tourism and Sport and Minister for Western Sydney Stuart Ayres said Vivid Sydney had brought the city together and turbocharged the night-time economy.

“Beyond the good vibes and bright lights are very strong economic benefits from Vivid Sydney, which had 2.1 million visitors enjoy a sit-down or take-away meal at the festival, with people dining in restaurants up 24 per cent on 2019. That’s a phenomenal result that confirms the NSW Government’s efforts to energise the 24-hour economy and revitalise the CBD are working.”

Contributing to the success of this year’s festival of light, music and ideas was its inclusive and diverse programming as well as the introduction of the longest ever 8km Light Walk.

Next year’s Vivid Sydney 2023 promises even more on offer with the addition of Vivid Food, which will aim to promote creativity, innovation and stimulate visitation to CBD restaurants and venues.