Advertisement
Queenstown's luxury resort, Peppers Beacon has completed an extensive $1 million makeover using all local or Canterbury region suppliers in an effort to support businesses and communities affected by the earthquakes.

Queenstown’s luxury resort, Peppers Beacon has completed an extensive $1 million makeover using all local or Canterbury region suppliers in an effort to support businesses and communities affected by the earthquakes.

The resort now boasts the newest rooms in town with upgrades including a complete makeover to all 84 apartments; the addition of a new breakfast room to cater for early morning tour groups and conferences; and a new look reception area.

Wherever possible, existing timber furniture was recycled and additional furniture purchased was New Zealand made. Any good quality pre-loved furniture and goods were also donated to the Red Cross and Salvation Army to assist earthquake affected communities. 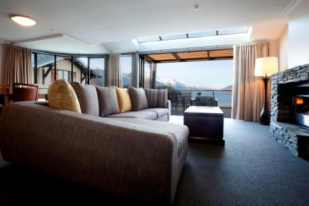 “From the initial planning stages our priority was to use either locally based suppliers or those in the Canterbury region,” said Peppers Beacon Queenstown general manager, Donna Stewart.

“We were so focussed on that goal that we pushed the refurbishment plans out by three months because many of the businesses we wanted to use had been badly affected by the earthquakes and we needed to give them time to get back on their feet,”

“I’m so glad we waited as guest feedback has far exceeded our expectations.”

The Queenstown resort has often played host to international film crews and celebrities on location in the region – the Wolverine crew and star Hugh Jackman; reality TV star Jack Osbourne and international model Jodie Kidd to name a few.

Exemplary service and the comfort and convenience of the self-contained apartment facilities have always been an attractive part of the Peppers Beacon offering and with the additional upgrades the property has been lifted to another level worthy of its VIP clientele and all Peppers guests.