Advertisement
Virgin Blue has celebrated its ninth birthday in fashionable style by selling $9 seats on a range of routes through the airline's Twitter website last night (Aug 31).

Virgin Blue has celebrated its ninth birthday in fashionable style by selling $9 seats on a range of routes through the airline’s Twitter website last night (Aug 31). 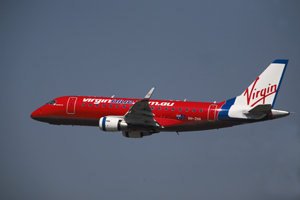 “This is a bit of fun and also a bit of an experiment trialling distribution through one of the latest forms of social media,” Godfrey said.

“Our marketing team has been closely watching worldwide consumer trends in markets where travellers are already social media savvy and we see Australians fast developing a following for Twitter as a source of the latest information regarding a wide range of products and services including airline news,” he said.

Prior to the sale at www.twitter.com/virginblue, Godfrey said he expected the fares to be snapped up quickly – and that’s exactly what happened.

Speaking to SpiceNews this morning, a Virgin Blue spokesperson said the fares were sold out within minutes and following the success of the sale, more were planned on the Twitter page in the near future.

The success of the promotion is expected to have a significant flow-on effect in the Australian travel industry, with a number of other airlines and hotels planning their own Twitter sales with discounted rates.