Advertisement
Over the last few years, Perth has undergone a rapid transformation in its dining, entertainment and conference precincts, keeping it high on the 'wish list' of many organisers.

Over the last few years, Perth has undergone a rapid transformation in its dining, entertainment and conference precincts, keeping it high on the ‘wish list’ of many organisers.

A range of eclectic small boutique bars and cafés can now be found in laneways in the city’s central business district, offering world-class wine, food and cocktails with a distinctive Western Australian flavour. 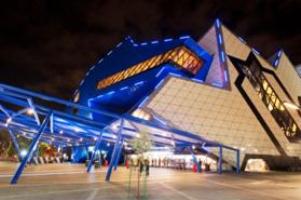 Perth Arena is one of several new major developments for the city last year.

But it’s not just Perth’s bar and restaurant scene that has seen a wave of development. After five years of construction, Perth Arena launched in November 2012 as Western Australia’s new landmark entertainment venue.

Crown Limited has also shown its long term commitment to Perth with the development of a new six star, luxury hotel to be known as Crown Towers Perth. 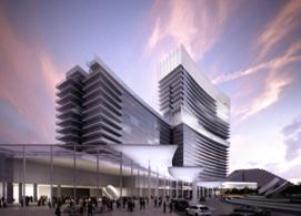 Upon completion, Crown Towers Perth will be the largest hotel in Perth and will take hotel room capacity at Crown Perth to nearly 1,200 rooms.

Construction is expected to commence during 2013 and the hotel, which will take approximately 3 years to complete, will comprise 500 rooms and include restaurants, bars, and resort and convention facilities.

Perth is also receiving its biggest facelift to date with a series of urban renewal and development projects now underway. Elizabeth Quay is a $2.6 billion project that will return the city’s focus to the iconic Swan River and enhance Perth’s reputation as one of the most liveable cities in the world. It is the centrepiece of a bold plan to revitalise central Perth. 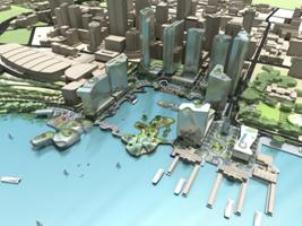 Artist impression of Elizabeth Quay, a $2.6 billion project that will return the city’s focus to the iconic Swan River.

Delivered by the State Government and supported by the City of Perth, Elizabeth Quay will cover nearly 10 hectares of prime riverfront land between Barrack and William streets in the heart of the city. The project will create a magnificent precinct featuring a 2.7 hectare inlet surrounded by a split level promenade, shops, cafés, restaurants and other exciting entertainment venues.