Advertisement
The most influential Japanese tourism industry delegation to ever visit New Zealand is in Queenstown this week to visit key tourism providers and meet with New Zealand's Prime Minister, and Minister of Tourism, John Key.

The most influential Japanese tourism industry delegation to ever visit New Zealand is in Queenstown this week to visit key tourism providers and meet with New Zealand’s Prime Minister, and Minister of Tourism, John Key. 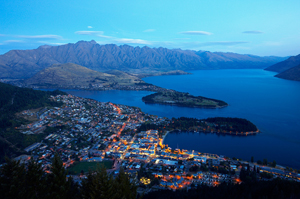 The Japanese Association of Travel Agents (JATA) delegation consists of twelve senior Japanese travel executives from the most influential travel agencies across Japan, and has selected New Zealand to help stimulate outbound tourism from Japan.

The JATA delegation, which represents more than 70% of outbound travel from Japan to New Zealand, has been spending five days in New Zealand meeting with key tourism providers, seeing first-hand the wide range of experiences and activities available year-round in New Zealand.

“This is an extraordinary opportunity for New Zealand to really showcase our beautiful country and represents a huge opportunity for growth of Japanese tourism to New Zealand, reinforcing the message New Zealand is open for business in both the North and South Islands and that Christchurch is still a great gateway to the attractions of the South Island,” Thompson said.

“Air New Zealand has been flying to Japan for over 30 years and we would like to acknowledge the Japanese industry for their long time support of New Zealand. Our introduction of Boeing 747-400 aircraft to operate the daily services between Auckland and Tokyo from December underlines our commitment to continuing to develop strong tourism links between the two countries.” 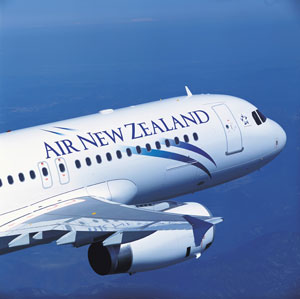 Tourism New Zealand CEO Kevin Bowler said “having such an influential delegation in New Zealand, while TRENZ is underway, reinforces our commitment to supporting Japanese travelers”.

“This visit provides a timely opportunity for the JATA delegates to experience in person some fantastic ways for Japanese visitors to relax and enjoy the many activities New Zealand offers,” he said.

Joint marketing activity initiatives being delivered by Tourism New Zealand and Air New Zealand includes the ‘Kia Kaha! Japan and New Zealand’ campaign which is an initiative designed to reinforce the strong bond between the two countries.

Earlier this week Air New Zealand announced it will be increasing its capacity between New Zealand and Japan, with an increase on the Auckland – Tokyo route by 16% and Auckland – Osaka capacity will rise by 7.7%.

JATA’s marketing activities in Japan include actively communicating the recovery process, promoting the dynamic power of travel with the motto ‘Cheer up Japan! Smile through travel!’

During their five-day visit in New Zealand the JATA delegation will be introduced to a range of new tourism products and experiences for the Japanese market. Their itinerary covers both the North and South Islands, with destinations including Rotorua, Queenstown, Christchurch and Auckland. The delegation continues to view key tourism destinations in and around Queenstown, including the Skyline Gondola, Milbrook Resort, Matakauri Lodge, Helicopter Line and Amisfield Winery.