Advertisement
Australia's lucrative business events industry has reached a fork in the road in its bid for broad-based recognition and needs a new direction to regain the global standing it enjoyed earlier this decade, the Business Events Council of Australia said at

Australia’s lucrative business events industry has reached a fork in the road in its bid for broad-based recognition and needs a new direction to regain the global standing it enjoyed earlier this decade, the Business Events Council of Australia (BECA) said at a press conference held yesterday (March 1) at the Melbourne Convention and Exhibition Centre.
BECA Chairman Geoff Donaghy stated that business events had to be assessed on their total contribution to the nation’s wellbeing rather than just what they produced in tourism dollars.
“We talk about our trade fares, conferences and meetings being worth billions of dollars to the nation – in fact $17.3 billion a year at last count in 2005,” he said. “But that’s just in what delegatesand attendees spend on hotels, meals, entertainment and associated travel expenses.
“The great, untold story is the many billions more these hotspots of knowledge exchange, network building and ideas generation produce in terms of professional development, technological and scientific advancement and, most importantly in Australia’s case, innovation creation and dissemination. 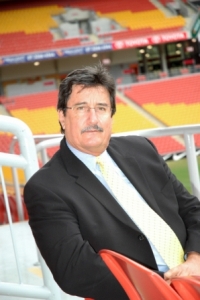 “We need to somehow put a figure on that before we can even begin to appreciate the real importance of the industry and to arrest an alarming slide that has seen Australia slip from fourth to 14th in the International Congress and Convention Association’s world rankings for international conferences in less than a decade.
“And it is probably no coincidence that during the same period Australia has slipped from fifth to 18th in the World Economic Forum’s Global Competitiveness Index.”
Donaghy said Australia had used its many natural attractions, world class infrastructure and highly developed academic and technical base to become a major destination for business events, offering nineinternational standard convention and exhibition centres and the full range of supporting services right around the nation.
Drawing on information gathered in a new papercommissioned by BECA to provide a deeper understanding of the role and impact of business events, he said the time had come to change the way business events were assessed, supported and promoted.
“BECA believes Australia, like all countries serious about developing the business events sector, is at a distinct fork in the road in the way we go about our business.
“For instance, do we continue to rely solely on Tourism Australia delivering government’s offshore promotion role or should we also have Austrade and the Department of Innovation, Industry, Science and Research backing our marketing thrust and supporting our branding and event bids in what is an increasingly competitive marketplace?”
Donaghy said the new paper – prepared by the authors of a BECA-commissioned National Business Events Study in 2005, University of Nottingham professor Leo Jago and Victoria University professor Margaret Deery – made a range of recommendations, including to:
Donaghy said BECA had already called on Canberra to inject an immediate $20 million into a fund to help organisations bid to host international business events in Australia, boost attendance at business events already scheduled in Australia, and enable Tourism Australia to launch a strong overseas campaign to restore Australia’s profile as one of the world’s top 10 business events destinations.
“We need action across a wide front but most particularly by government to arrest the decline in our competitive performance and better capitalise on the potential of one of Australia’s most lucrative industries.”