As the first Pullman hotel to be launched in the State, it is part of a rapid expansion plan for Accor’s 5-star Pullman brand across Australia, Asia and the rest of the world. 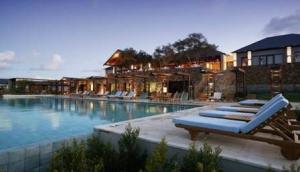 Accor acquired the Pullman name in 1991, and at the time a number of hotels – including the famed Metropole Hotel in Hanoi – operated as Pullman hotels. Accor re-launched the brand in 2007 and the brand has now established a network of over 60 hotels in many of the world’s key cities (London, Paris, Dubai, Bangkok, Shanghai, Sydney, Auckland) and favourite resort destinations (Cannes, Bali. Phuket, Cairns and now Bunker Bay).

General manager of the Resort, Bronwyn Bulpitt, said the international branding would benefit the whole region, with Accor’s global sales, marketing and distribution set to showcase the region in many of Australia’s key inbound markets.

“The resort has really established itself as one of Western Australia’s leading resorts in its eight years of operation, and with Pullman branding I think we can take the resort to new levels,” said Bulpitt.

“Margaret River has so much potential as an international tourism destination, as there are few places in the world that can offer such an attractive combination of renowned wineries, cutting edge cuisine, a vibrant arts sector, outstanding beaches, natural scenery and premium accommodation. The number of events in the region is growing, and November’s Margaret River Gourmet Escape will be particularly popular, as many of the world’s most coveted chefs will descend on the region and profile the region’s innovative wine and food culture. It is a very exciting time to be re-branding the resort.”

The resort also has six state-of-the-art meeting rooms and a permanent marquee which can hold up to 400 people, making it an ideal setting for weddings and gala events. The variable conference and meeting rooms which can for up to 180 people have an abundance of natural light with picturesque views over Bunker Bay.

Contemporary dining at Other Side of the Moon restaurant is a highlight, while other resort facilities include a 24-hour reception desk, room service, concierge and tour desk, four tennis courts, an outdoor heated wet edge swimming pool and gymnasium.

With wineries such as Moss Wood, Leeuwin Estate and Lamonts nearby, as well as whale watching, caving, Cape Naturaliste Lighthouse and Busselton Jetty within a short distance, Pullman Resort Bunker Bay is in an ideal position to indulge in spoils of the Margaret River region.