Advertisement
QantasLink has announced it would operate its 2011 ski season services between Sydney and Mt Hotham from June 24 to September 11.

QantasLink has announced it would operate its 2011 ski season services between Sydney and Mt Hotham from June 24 to September 11. 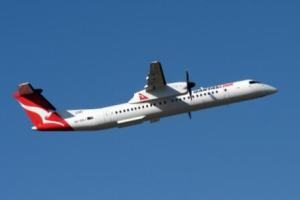 Qantas Executive Manager Regional Airlines Group, Narendra Kumar, said the airline would provide 114 flights on the route over the period, as well as an additional 300 seats, linking Sydney directly with one of Australia’s most popular Alpine regions.

“Victoria’s skifields are among the best in Australia, and QantasLink’s direct flights will again make Hotham Alpine Resort the most accessible ski resort in Australia, getting interstate skiers to the snow from Sydney in 80 minutes,” Kumar said.

Hotham Skiing Company General Manager, Ms Belinda Trembath, said: “We are pleased to again be working with QantasLink this winter, and welcome the airline’s increase in seats over the coming season compared to last year, meaning even more people will be able to fly direct to the snow.”

The flights will operate on selected Thursdays, Fridays, Saturdays, Sundays and Mondays during the ski season, starting at 4-5 return services per week and building to seven per week during the August peak period.

“QantasLink’s flights and schedule will maximise opportunities for visitors to spend a weekend in the snow, or extend their holiday break – at Mt Hotham, at nearby destinations such as Dinner Plain and Falls Creek, or to High Country towns and villages beyond,” he said.

To celebrate the announcement of the new schedule, QantasLink will offer a special fare of $189 one-way, including taxes and charges, for sale from March 23 until April 5 2011, and valid for travel throughout the 2011 ski season.