Conference delegates at Peppers can now incorporate components of the top-rating MasterChef Australia television program into their conference or meeting with an exclusive range of MasterChef inspired conference and incentive packages at Peppers Retreats and Resorts around Australia. 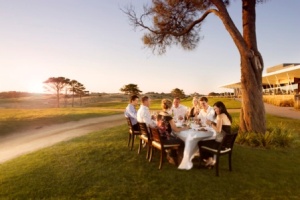 The packages give conference delegates at Peppers the exclusive opportunity to experience the only true MasterChef team building activities on offer in Australia and are available at selected Peppers properties until 30 November, 2011.

Masterclass with a Senior Peppers Chef
The Masterclass is conducted by an expert Peppers Chef. Over the course of an hour, delegates will soak up the secrets to preparing innovative dishes and learn some valuable tricks of the trade as they are guided step-by-step through creating a dish from paddock to plate.

A cap of 30 participants applies for this activity and prices start from $50* per person at Peppers Beach Club & Spa, Palm Cove. This activity is also available at Peppers Salt Resort & Spa at Kingscliff, Peppers Anchorage at Port Stephens and Peppers Manor House and Peppers Craigieburn in the NSW Southern Highlands.

MasterChef Invention Test
Hosted by a Peppers Chef, delegates will work as trios over two hours to prove their own MasterChef qualities by cooking their best dish with provided tools and one core ingredient. They key to this challenge is ‘inventing’ a dish that establishes the core ingredient as the hero.

MasterChef Team Pressure Test
Available for up to 60 participants, this 90 minute cook-off will see delegates split into teams to replicate a signature Peppers dish with the raw ingredients, tools, a basic recipe and equipment supplied. The judging panel will critique the dishes on their closest resemblance, taste and finished product to the original dish. The MasterChef Team Pressure Test is available at Peppers Salt Resort & Spa from $99* per person.

MasterChef Taste Test
A Peppers Chef will prepare some meals and delegates will test their knowledge of the kitchen and the garden by guessing and writing down each of the ingredients they believe are in each dish with their team. The team identifying the most correct ingredients wins.