Advertisement
The National Convention Centre has secured a bid to hold the World Squash Federation's major biennial conference in Canberra, marking the first time the event has been held in the Southern Hemisphere.

The National Convention Centre (NCC) has secured a bid to hold the World Squash Federation’s major biennial conference in Canberra, marking the first time the event has been held in the Southern Hemisphere.

Working in partnership with Squash ACT, the NCC won the opportunity to host the International Squash Coaches Conference in August 2011 based on the success of last year’s Australian Open Squash Championship, also held at the venue. 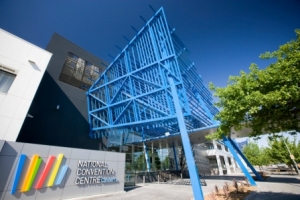 A major piece of business for Canberra, the four-day conference is expected to attract more than 300 delegates from overseas and across Australia, injecting an estimated $500,000 into the local ACT economy.

Most delegates are expected to stay on in Canberra after the conference to attend the finals of the Australian Open, being held at the NCC the same week.

Manager of the NCC, Cindy Young said winning the event was a major coup for the venue, and has strengthened Canberra’s presence as an internationally-renowned destination for events and conferences.

“Our track record of hosting high quality events and conferences across a variety of industries continues to influence decision makers within international organisations, such as the World Squash Federation, to bring events to Canberra,” Young said. “As the International Squash Coaches Conference is normally held in Europe or North America, the NCC considers it a real coup to bring such a prestigious event to Australia for the first time. The win emphasises the NCC’s growing status as a player in the international market, as we continue to attract business events from overseas.”

“We eagerly anticipate Canberra Airport’s imminent expansion into international markets, which will facilitate direct access into our Nation’s Capital for delegates travelling from overseas. With this, the NCC will be in position to present an even more compelling case for international and regional clients to consider Canberra for their conferences and events.”

In 2010, the NCC won the bid to host the Australian Open Squash Championship for four consecutive years, through to 2013. Last year’s event injected an estimated $900,000 into the ACT economy, while this year’s event is expected to deliver an even higher level of local expenditure.

Attracting the world’s best men and women squash players and thousands of spectators, the Australian Open takes place within a purpose-built all-glass squash court erected on the flat floor of the NCC’s Royal Theatre.

For more information on these events or the NCC, visit their website by clicking here.