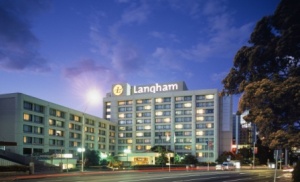 “Occupancy rates have been tracking up for the last five months, compared to last year, which is a positive sign after two years of difficult trading conditions,” said NZHC Independent Chair, Jennie Langley.

“Not all regions are enjoying sustained growth but it is encouraging as we head into the summer season,” she said.

One NZHC region that did particularly well in November was Auckland where Hoteliers reported increases in both occupancy and RevPar.

“These increases can be attributed to the two U2 concerts, end of year corporate business and good conference activity,” said NZHC Auckland Regional Chair and Managing Director of The Langham Auckland, Jeffrey van Vorsselen.

Langley said Rotorua also experienced the best monthly occupancy rate since November 2007 of 76.2%, which was due mainly to the recovery of the Asia markets, particularly China.

Langley said most regions are confident that the next three months will be up on the previous year.

“It is very good that the mix of international visitors and business activity seems to be more balanced than it has been since the global financial crisis,” she said. “With the Asia markets returning, the steady flow of visitors from Australia holding up and improved group business, the next quarter is looking positive.

“We are also looking at improvement in the domestic visitor market this year. This sector has extremely short lead times so forecasting and planning for the summer rush is often challenging,” she said.