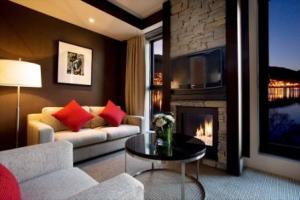 The Hilton signing with new development financier BOS International confirms industry rumours circulating since mid-2010 and breathes new life into a project that will provide a key inbound and domestic tourism boost for Queenstown.

Hilton Worldwide President of Asia Pacific, Martin Rinck, said the signing of the two hotels was significant for the Hilton brand in Australasia.

“We have identified Queenstown as a strategically significant location for Hilton Worldwide and we feel this project represents a development of the highest quality and world-class design,” he said.

“In addition to our award winning properties in Auckland and Taupo, this development will form an essential part of our growing network of hotels in New Zealand,” Rinck said.

In 2007, Hilton was close to signing a deal on a site close to the town centre of Queenstown, but that deal fell through after the project faced approval hurdles and the developer succumbed to financial difficulties.

The new Lake Wakatipu waterside development will comprise a 178-room 5-star hotel to be named Hilton Queenstown and a 4-star hotel, featuring 98 one-bedroom apartment-style rooms, to be known as the Kawarau Hotel, Managed by Hilton.

Construction on both hotels is well underway with completion expected in 2011.

“Queenstown has spectacular scenery and is an extremely popular year-round alpine and lake resort town… there has been an increase in demand in recent years for high quality, internationally-branded hotels there,” Rinck said.

Hilton Queenstown will not only feature 178 guest rooms ranging in size from 44 – 52 square metres, but a number of meeting and event facilities, including two conference rooms (one 535sqm and another 520sqm), two boardrooms and a business centre.

“One year after the opening of Hilton Lake Taupo, our presence in New Zealand continues to grow with the signing of these two properties in a new leisure market for our brand,” said Hilton Hotels and Resorts global head, Dave Horton.

“We are looking forward to bringing our signature, style and authentic Hilton hospitality to this popular tourist destination,” he said.