Advertisement
Accor has this afternoon completed its purchase of the Mirvac Hotels and Resorts business across Australia and New Zealand, a move that has resulted in 43 hotels joining the Paris-based chain.

Accor has this afternoon (May 22) completed its purchase of the Mirvac Hotels and Resorts business across Australia and New Zealand, a move that has resulted in 43 hotels joining the Paris-based chain.

Mirvac today received cash proceeds of AUD$293.2 million from the consortium comprising Accor Asia-Pacific and Ascendas, with an additional $13 million for The Sebel Newcastle and $15.3 million for the Sebel Mandurah expected to be received in July and August.

“The Hotel sale is an outstanding outcome, driven by the Group’s unwavering focus to simplify its operations,” said Mirvac’s managing director, Nick Collishaw. 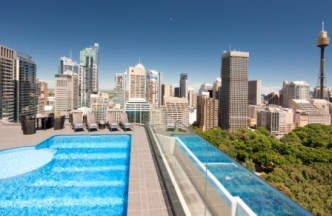 “It represents the last major milestone in this process that commenced in 2008, with the Group now firmly positioned as an Australian real estate expert.”

The Pullman Sydney Hyde Park is now set to receive a AUD$7 million upgrade by Accor over the coming months to bring the property up to a 5-star standard.

“The settlement of this deal will fundamentally re-shape the hotel industry in Australia and New Zealand,” he said.

“We have seen many of the original overseas players in the hotel sector retreat from this region in recent years while Accor has aggressively grown its network through management and franchise contracts and strategic acquisition deals such as the purchase of Mirvac’s hotels.

“We will be able to add significantly to the competitiveness of the Mirvac hotels once they are fully integrated into the Accor network.

“The benefits will come from access to our global distribution platform, strong branding, our pre-eminent position in the rapidly expanding Asian markets, and the support of the region’s most experienced and professional workforce,” he said.

Issenberg said the majority of the hotels would be re-branded under the Pullman banner in due course, while the majority of Mirvac’s hotel group employees would transfer to Accor.