Advertisement
Meetings & Events Australia have announced Ita Buttrose will be the Master of Ceremonies for their upcoming National Conference in April, 2012, which will be held in Sydney.

Meetings & Events Australia (MEA) are delighted to announce that Ita Buttrose AO, OBE will be the Master of Ceremonies for their upcoming National Conference in April, 2012, which will be held in Sydney. 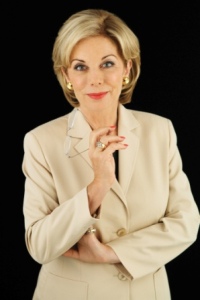 Australian icon Ita Buttrose will be the Master of Ceremonies at the upcoming MEA National Conference in April 2012.

Ita Buttrose is an exceptional Australian: a legendary media editor, businesswoman, best-selling author and President of Alzheimer’s Australia. She is also one of the leading multi-media performers in Australia – an inspiring and entertaining speaker, an accomplished facilitator and MC.

Perhaps most indicative however of her position in Australia is the groundswell of support and respect that Australians afford her as witnessed by her being twice voted Australia’s most admired woman, the accolades that she receives across so many sectors of society, the popularity of the recent ABC mini-series Paper Giants and the fact that Australian Story needed two episodes to tell her story.

“We are delighted to have such an iconic figure as MC at the MEA Conference in 2012; we are very excited for our members to attend the event and with preparations well under way it is shaping up to be an outstanding program,” said MEA’s chief executive officer, Linda Gaunt.

The MEA Conference will take place in Sydney on the 22-24, April 2012. It is the 25th annual Meetings and Events Industry Conference.

To find out more about the MEA Conference 2012 and to register visit: www.meetingsevents.com.au