Advertisement
For their fifth year running, Verve Creative Events has produced the Australian International Design Awards with a number or innovations introduced to the event.

For their fifth year running, Verve Creative Events has produced the Australian International Design Awards with a number or  innovations introduced to the event.

Rather than a traditional gala dinner, the event was split into two segments. 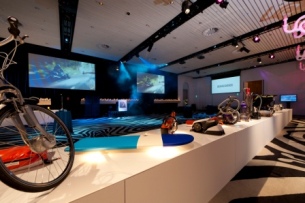 The event was held in two segments, an exhibition (pictured) and the award show.

The first part of the event was held in Sydney’s City Recital Hall. Here all the awards were presented in one theatrical block. Hosted by SBS presenter Lee Lin Chin, all 41 recipients received their awards in one 90 minute show with the Design Award of the Year presented to the design of the Deep Sea Challenger, designed by James Cameron (of Avatar fame) and Australian engineer, Ron Allum. James Cameron and the team were presented the award by the Premier of NSW, Barry O’Farrell.

After the award ‘show’ all guests made their way to the Ivy Room to celebrate their achievements. Finalists’ products were on display in a spectacular exhibition of design and ingenuity.

Another significant innovation for 2012 was the use of Verve Creative Events’ new product, VCTVexpress. The event was covered by multiple cameras and highlights edited in real time. At the conclusion of the event, edited video files of the presentation were provided directly to the media for use in weekend news broadcasts and digital versions of news media. Additionally, highlights of the entire event were available on the Good Design Website by midnight. 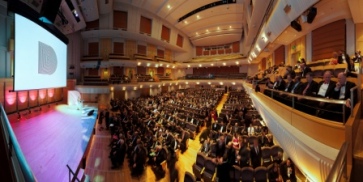 In the client’s own words, ‘this was the best Design Awards event so far”, a comment he has made every year since Verve Creative Events began managing the event.