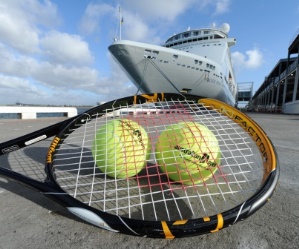 The ship arrived in Melbourne around 8am yesterday morning with passengers disembarking and heading straight for Rod Laver Arena.

The tennis cruise is a first for P&O Cruises, with general admission tickets to the Australian Open included in the fare from Sydney – Melbourne.

Since departing Sydney on Monday, passengers have kept up-to-date with the Australian Open screened live on the ship’s giant poolside screen. 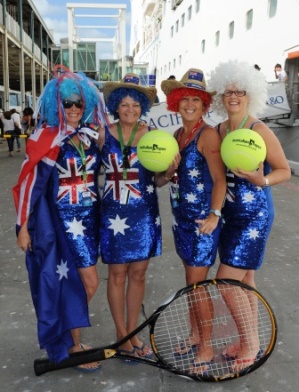 P&O Cruises’ senior vice president Tammy Marshall said, “P&O Cruises’ passengers have been sailing to Melbourne for years to attend the Melbourne Cup, so we’re very pleased to bring more sports tourists to the city for the tennis.

“Cruising is the ideal way to attend major sporting events. Not only is it great value, but it also takes the stress out of planning and provides a fun and relaxing experience either side of the action.

“As one of the nation’s most popular sporting events, the Australian Open was an obvious addition to our P&OMainEvents cruise roster”.