Advertisement
The Whitsundays will be showcased to a potential 170,000 Chinese visitors over the next four years thanks to a partnership that has resulted in four new direct flights a week from Beijing to Brisbane. 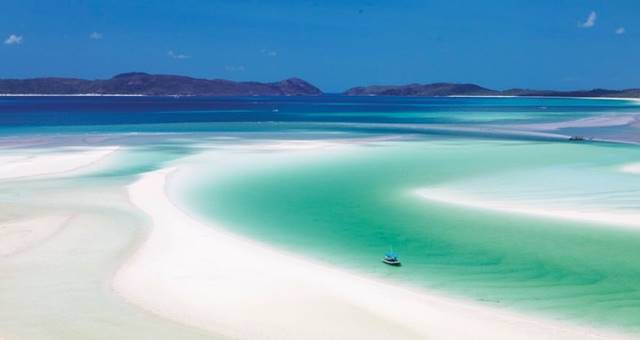 The Whitsundays will be showcased to a potential 170,000 Chinese visitors over the next four years thanks to a partnership that has resulted in four new direct flights a week from Beijing to Brisbane.

Tourism Whitsundays is part of a consortium with Brisbane Airport, the Queensland Government, Tourism and Events Queensland, Tourism Australia, Gold Coast Tourism and Brisbane Marketing, who have collectively worked to secure the Air China flights.

Tourism Minister Kate Jones welcomed the flights as the first flight touched down in Brisbane yesterday (Monday, December 11) at 3.10pm, saying securing flights from one of the most populated cities in the world was a huge win for Queensland.

“This direct route will provide a major boost to our tourism industry and support jobs,” she said.

“The flight, operating four times a week, will open up new opportunities to tap into Queensland’s largest international market by giving travellers more choice to pick Brisbane as their primary gateway to Australia.

“Easy access to other world-class tourist attractions in places like the Gold Coast and the Whitsundays is undoubtedly another selling point.”

Tourism Whitsundays CEO Craig Turner said joining the consortium had been part of the organisation’s strategy to capitalise on the growing premium Chinese holiday market.

“The arrival today of the first direct flight from Beijing to Brisbane begins a new chapter of connectivity for the Whitsundays,” he said.

“The Whitsundays is the only Great Barrier Reef destination being offered within the consortium that has brought these flights to Brisbane.

“The Whitsundays will offer these visitors the iconic natural attractions of Heart Reef and Whitehaven Beach, as part of packages that will complement these new flights, and will ensure they have a premium Great Barrier Reef holiday when travelling to Queensland.

“We will be working closely with our travel partners on creating amazing holiday options for these Chinese visitors, and there’s an opportunity for TW to work with industry operators who want to get into the Chinese market. The consortium, and the resources within it, will allow the development of Chinese-ready product into the future.”

On Wednesday (December 13), a delegation of key Air China executives and top Chinese travel company executives will fly from Brisbane to the Whitsundays for a two-day famil in the region, hosted by Tourism Whitsundays.

The executives will be taken to all the iconic attractions, including the reef and Whitehaven Beach, and shown a range of the ‘best of the best’ experiences so they can see firsthand what the region offers.