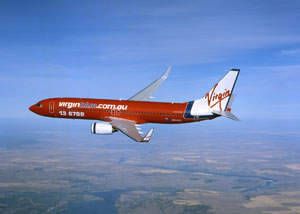 The move was immediately welcomed by Hamilton Island CEO Glenn Bourke, who said the announcement of the direct daily flights – which launch on July 4 – was a shot in the arm for the island’s conference and group booking business.

“We are delighted that Virgin Blue is offering this new service to our guests from Sydney who will now be able to enjoy greater flexibility in their travels to and from Hamilton Island,” he said.

“This is also perfect timing for all that we have happening on the Island this year with Race Week in August and the opening of our new Yacht Club and Golf Club around the same time.

“We also believe that guests at our world class resort, qualia will be excited to take advantage of Virgin’s Premium Economy experience,” he said.

Virgin Blue CEO Brett Godfrey said the decision to commit an aircraft to operate the Sydney-Hamilton Island route was made after close analysis around demand for connecting flights via the airline’s existing services from Brisbane to Hamilton Island.

The launch of flights also provides much needed competition on the Sydney-Hamilton Island route, which has not seen more than one airline fly the sector since the collapse of Ansett in 2001.

“In the current climate, it is especially important to ensure we direct aircraft where we see sufficient demand and long term viability,” Godfrey said.

“Hamilton Island has long been a popular choice for both local and international travellers who fly to Hamilton Island via Brisbane and we are hopeful the new direct flight will entice even more visitors to experience the wonder of the Whitsundays.”

Godfrey added that the airline will be working closely with Hamilton Island to offer terrific packages for the MICE market, while Blue Holidays will also offer some special holiday packages, like a a five-night getaway for $878 per person twin share.

To celebrate the launch, Virgin Blue is offering flights from just $99 each way.