Advertisement
The billion-dollar package will also include 800,000 half-price airfares. 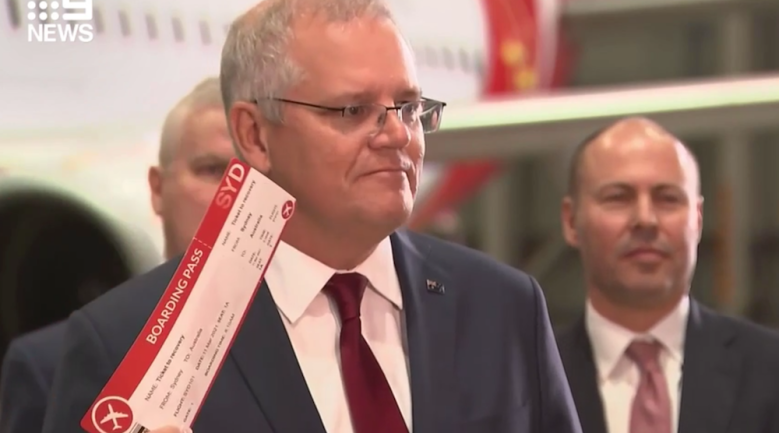 The Federal Government has announced changes to the Business Events Grants program, as part of a new package to support “businesses, workers and regions still doing it tough” in the wake of COVID-19.

Focussed predominately on the tourism and aviation sectors, the $1.2 billion support package will see 800,000 half-price airfares released to the public, with a goal to boost domestic travel and support tourism businesses.

Business events also got a look in, with the $50 million Business Events Grants Program to be expanded and extended by three months to cover events scheduled through to 31 March 2022.

Other changes to the program see the minimum grant amount reduced to $5,000 (from $10,000), an increase in the number of delegates covered by the grant, an expansion of the priority sectors and an increase to the sponsorship cap.

Applications for the grant will be extended to 30 June 2021 and expressions of interest for event owners to have their event included on the Schedule of Approved Business Events will also reopen in early April.

What else is included in the tourism package?

The half-price ticket program, to be known as the Tourism Aviation Network Support (TANS) Program, will initially cover routes to 13 key regions across Australia.

From 1 April, travellers will be able to book cheaper flights to the Gold Coast, Cairns, the Whitsundays and Mackay region, the Sunshine Coast, Lasseter and Alice Springs, Launceston, Devonport and Burnie, Broome, Avalon, Merimbula, and Kangaroo Island.

Under the billion-dollar package, the government has also included new support measures for the aviation sector and will expand its SME Loan Guarantee Scheme.

Prime Minister Scott Morrison said the new package will act as a “bridge to a more normal way of life”.

“Our tourism businesses don’t want to rely on government support forever,” he said.

“They want their tourists back. This package, combined with our vaccine roll-out which is gathering pace, is part of our National Economic Recovery Plan and the bridge that will help get them back to normal trading.”

The package has already been met with criticism, with the Australian Services Union, the largest union representing workers in the aviation industry, describing the package as “welfare for business”.

“The whole point of JobKeeper was that money was put into the pockets of workers who need it, and that they remain employed,” said assistant national secretary Emeline Gaske.

“This is taxpayer money designed to flow into the pockets of businesses, not workers, with no strings attached.”

“I don’t think this is going to help at all, really. It is about the borders. Keeping the domestic borders open and getting the international borders open as soon as possible,” he told Nine.